Find Us on Xbox One!

Find Us on Steam!

Join Us on Discord!

Shadow Fencer Theatre is the competitive awkward physics sword fighting game set in the world of shadow puppets. Take center stage with a unique cast of characters and make your way to become a Grandmaster of the theatre. Perform solo or battle a friend in a veritable variety show of game modes and skits. Whether you are a one-puppet show or sharing the stage, above all else, show the world you are the best performer on the shadowy screen.

Acting 101: Be sure to point the pointy end away from you and towards your opponent. When all else fails, just do a cheeky sword throw.

What are the Features?

wow this game is amazing, congrats!

Tons of fun! It is really well made and I love the sound effects! Great job!

Reply
Mouja4 years ago
SO

this actually well made! Bravo Dev!

its has been 2 years but this game is really great. i have lot of fun playing this :D

A hidden gem of the "web" section. There are so many small but great things about this. First of all: you may think that each character is just a reskin, but they all have a different play style. For example:

Koral is very defensive relying on the back of her trident to... beat her enemies to death with? idk;

Cpt. Beard is propably the most offensive, being small and having a great range, but his giant sabre gets stuck when doing an "uppercut" and is incredibly slow when doing a swing from above the head;

The Alien: Just wiggle his tentacle in front of him. Next;

The Bunny guy: Simpe: charge and swing your carrot a lot of times;

This just asks for a character select screen, but this would ruin the next aspect of the game: it's incredibly quick. Max 2 minutes for a max 17 round game is so quick that i played this around 30 times already, and i'm still having fun with it.

About the 2-player mode, i don't have friends to play with ;-;

The bots are also great, changing tactics each round, and genearlly being good, but still easy enough to win against them.

And most importantly, the game is incredibly stupid in a good way. You ever wanted to see paper pirates and bunny people fence in space? Now you can, thanks to Shadow Fencer Theatre.

It's really all i can think of right now. This may feel small, but it's still a lot for a web game. Keep up the good work. 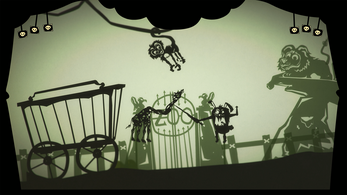 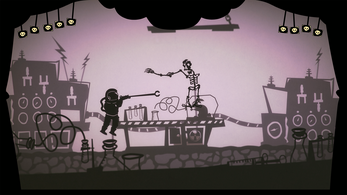 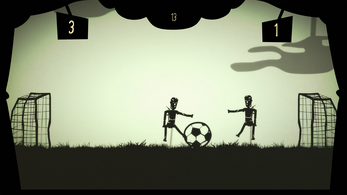 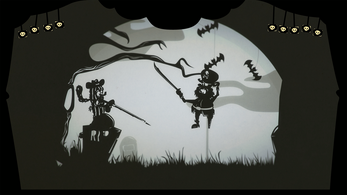 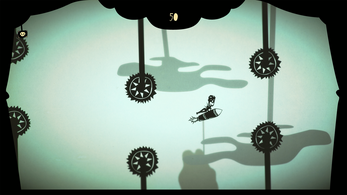